I am one who always wondered how Scotch is made? I thought it was a simple process. But then I came across a wonderful book which described the whole process. I was amazed. It is such a complex process and it has to be made with utmost perfection. Hat’s off to those who discovered Scotch. 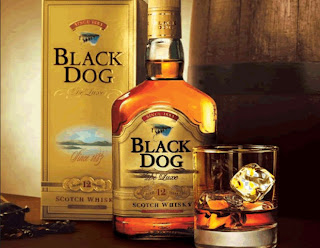 The origins of malt whisky distilling in Scotland dates back to the monks of 15th century and may be a long before that. The subtle aromas and flavors of whisky could never be explained till today despite knowing the art of making it.

It goes through a long process of malting, mashing, fermentation, pot stills, distillation and spirit safe. The barley which is used in the malting process has to be of very good quality and this is done in a very hygienic place. Even the quality of water that they use during the mashing process is very important and it has to be good quality of Scottish water.

During fermentation process, yeast is used which feeds on sugar, producing alcohol and small quantities of congeners, which contribute to the flavor of whisky. The mystery on the shape of pot used during pot stills process is another thing to notice. The shape of pot has been the same over the years and every distillery maintains the same shape for the pot. During distillation process only the pure center cut, or heart of the run, which is 68% alcohol by volume is collected. During the spirit safe process the Stillman uses all his experience to test and judge the various distillates without being able to come into physical contact with the spirit. The newly distilled, colorless spirit gets reduced to 63% alcohol by volume and is filled into oak casks. 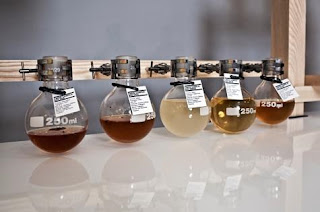 After such a lengthy process, One of the world’s finest Scotch Whiskey “Blackdog” is prepared.  Scotch whisky can only be made in Scotland. In no other part of the world this can be prepared. Even if it is prepared in other parts of the world, then it is not referred to as Scotch. The cool climate of Scotland is extremely important for maturing of this whisky.

The Scotch is made from 10-20% malted barley and other unmalted cereals like wheat and maize. That’s the reason why it’s called as grain whisky. Apart from that, Black Dog Scotch costs less and is much better than many other brands.