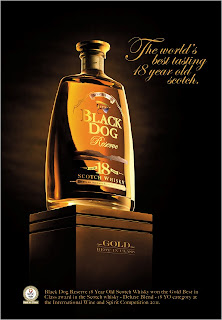 Black Dog believes that “Laughter is the best medicine.” These comedy evenings are meant to de-stress busy people giving them a break from their hectic schedules. In one such comedy evening Colin Mochrie and Brad Sherwood performed first time in India, thanks to Black Dog. They are the famous stars from the popular British comedy show “Whose Line Is It Anyway?  The star attraction of the evening was the Presence of Dr. Vijay Mallaya. 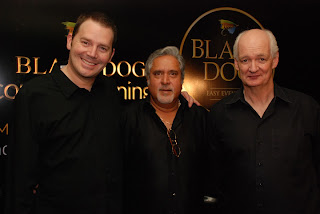 These evenings were held in 5 cities namely Kolkata, Hyderabad, Bangalore, Mumbai and New Delhi from July 21st to July 25th 2010. Black Dog has a history of holding such evenings with the concept of “Unwind and relax”. They give the Black Dog drinkers a great night to unwind, by laughing their worries away.

Apart from unwinding and relaxing, they get to meet a lot more people. They make friends and meet up for social gatherings and many such comedy evenings. Attending international comedy shows by Brad and Colin on a great evening with a glass of Black Dog Scotch is indeed the best and perfect way to unwind and relax. 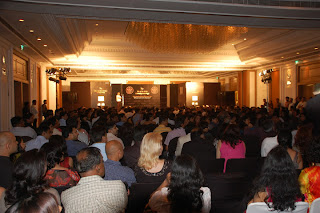 Laughing out so much till the stomach pains and forgetting all the tensions is what people should believe in. We have to take care of ourself and such a new concept of enjoying a comedy evening with a group of friends with a glass of Black Dog Scotch is much better option than sitting in a 5 star restaurant and drinking alone.