After reading 19 posts about Black Dog Scotch on my blog, you must be wondering how Black Dog got its name. Let me clarify your doubt with this post. As you know Black Dog was christened by Walter Millard whose favorite sport was fishing angling. He used to unwind and relax while angling in the Spey and Tay rivers of Scotland since the early 19th century. He named the whisky Black Dog in honor of his favorite salmon fishing fly.

Angling is a method of fishing by means of an "angle" (fish hook). According to reliable sources who is adrent Angling entusiast, The hook is usually attached to a fishing line and the line is often attached to a fishing rod. Fishing rods are usually fitted with a fishing reel that functions as a mechanism for storing, retrieving and paying out the line. The hook itself can be dressed with lures or bait. A bite indicator such as a float is sometimes used.

Fly fishing is an angling method in which an artificial "fly" is used to catch fish. The fly is cast using a fly rod, reel, and specialized weighted line. Casting a nearly weightless fly or "lure" requires casting techniques significantly different from other forms of casting. Fly fishermen use hand tied flies that resemble natural invertebrates or other food organisms, or "lures" to provoke the fish to strike.

Angling is one of the world’s finest sports.  It is one of those sports which the rich and famous people prefer to play to unwind and relax something like golf and horse racing. They love relaxing with a cup of Black Dog Scotch in hand after playing these games. 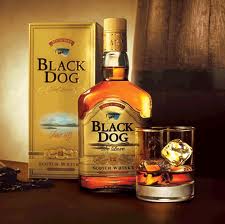