We all know that Cigar is best and the most popular pairing of scotch is with your favorite cigar.  But a question I find myself asking is, what should a non smoker like me pair with scotch specially if it is One of the world’s finest Scotch Whisky ‘Black Dog’ does scotch pairs well with food? So to find out answer to this question a couple of friends and me decide to try this. 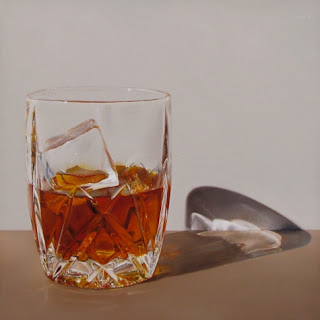 We zeroed in on ITC Gardenia one of the 5 star hotels in Bangalore. And we all went to the hotel one Saturday evening.

General opinion that many people have is that scotch is too strong in flavor to go well with food.  It is usually a delight refrained from until after dinner. But you are a scotch fan, and don’t  want to wait until after dinner to start drinking, then here are few of my suggestions for pairing.

I think a friend of mine has discovered a rare and unique pairing, “Sushi” The flavors from both scotch and sushi complements each other so well that you won’t feel either side being too overpowering.

People prefer having salmon with scotch.  A rich fish meeting a rich scotch lick Black Dog, the smoky flavors of the drink adds a new dimension to the salmon.

Red meats, like grilled steak or broiled lamb, make good partners with scotch.  Steakhouse food, with bold but simple flavors, are generally good choices as they cannot compete with the smoky undertones of the scotch.

Useful Tip:-  While selecting dishes make sure the garlic content in the dish is not too much as garlic and scotch together  as their flavor tends to clash.

After an awesome Dinner and the world’s finest scotch whisky ‘Black Dog’ for company the night was well spent and we got to know the best pairing of food with Black Dog which is a true Scottish brand with a long history heritage and the 130 year legacy.