Anniversary and Unwinding with TRG

This month 17th my parents celebrated their 28th anniversary. Buying a gift for my dad is one of the toughest things ever faced by me. Most of the time, I would get him some electronic item. Last option I would go for would be a DVD set of Raaj Kapoor films. 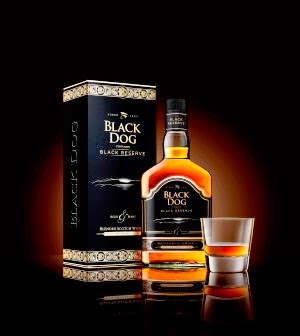 I was very doubtful as to what to gift my dad on a special day. I knew that he had everything and wanted that whatever I get as a gift for him had to be very special. Then I decided to gift him a bottle of his favorite scotch – Black Dog Scotch this time it was The triple Gold reserve.

I packed it in a big box and wrapped it with lots of love. My father did not even expect that I have packed a bottle of his favorite scotch.

When he opened the box, he was surprised to see Black Dog Triple Gold reserve Scotch bottle. I could see how surprised and happy he was. Immediately all the friends’ dad had invited gathered around him and they all wanted to take a glass of this scotch. But dad was very possessive about the latest gift I presented him.

He was not willing to open the scotch bottle. But guys you know, they just snatched the bottle from dads hand, they were about to open, I sprang another surprise by giving them another bottle of Black Dog, “One of the world’s finest Scotch Whiskey” and all of them had a glass of Scotch. They loved it.

The party just took off to the next level and all of them shared some true life experiences, some were sharing jokes and all were relaxed. It is perfect to serve Black Dog Scotch when friends meet for such parties, they can really unwind and relax. They all were showing off some style. They all liked the idea of gifting Black Dog Scotch. They appreciated me for choosing such a great gift for the perfect occasion. Now most of them will start gifting Black Dog Scotch bottle to their very special friends.

Disclaimer: The content featured above is only for people aged above 25 years. Underage drinking is illegal and against the law. Drink sensibly and carefully and please never drive under the influence of alcohol.
Author Vinay Kashyap On May 19, 2014
Labels: Black Dog