When Xiaomi made their plans known to launch their device in India, most of us barely expected a modest sale. After all back then the Chinese mobile makers were yet to establish their big presence here and Xiaomi, with the tongue twister name, When the first flash sales of Mi3 happened, a new chapter began in Indian mobile market. Now Redmi Note is all set to continue the magical run. Priced at Rs 8,999 this is a phone that gives no reason to complain and read on to know why. 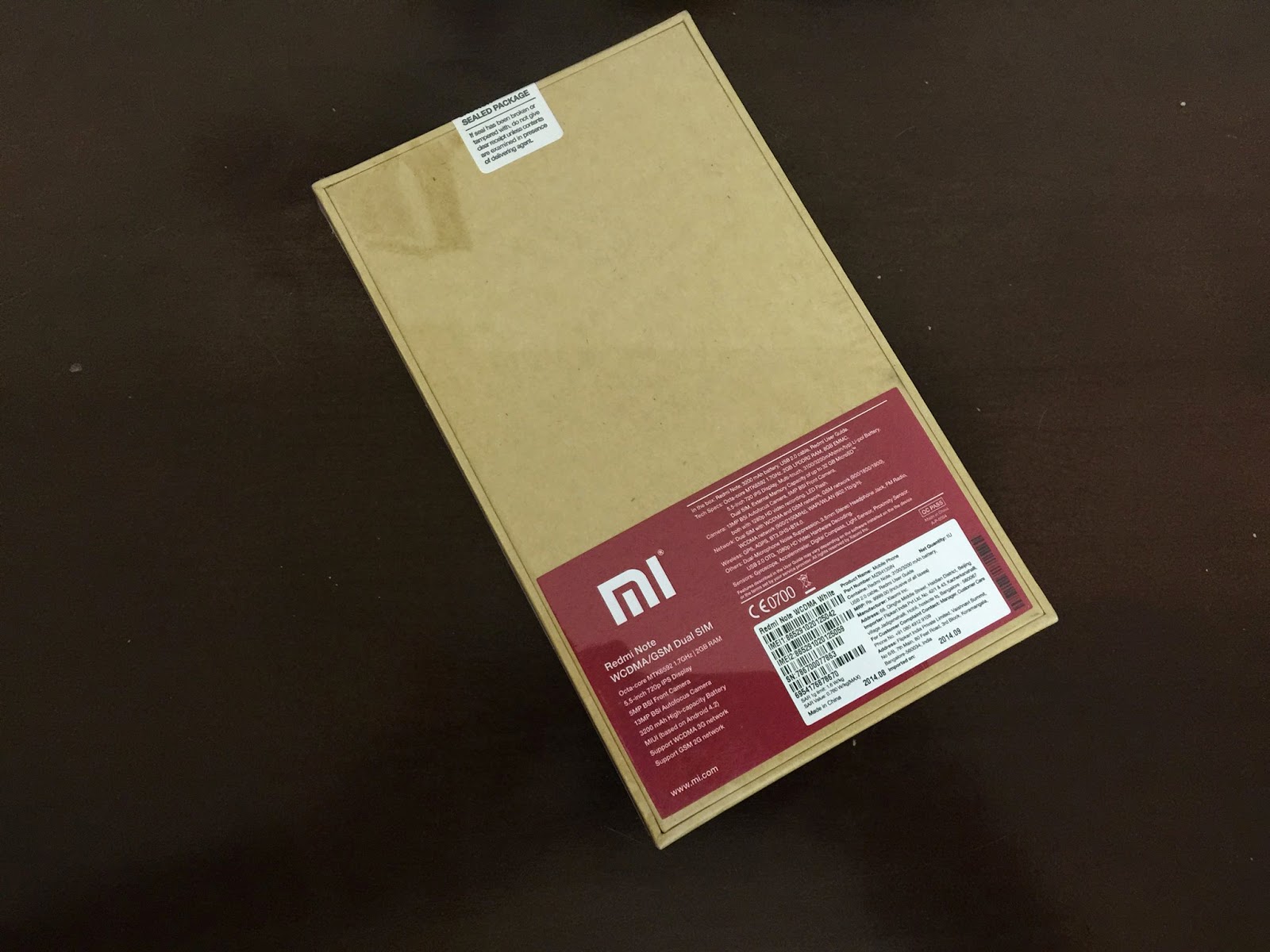 Redmi Note wears a conventional dressing, there is nothing extra-ordinary about the design language of the phone clad in a plastic body with a glossy rear panel and smooth, rounded corners. Still, it is pleasant to hold. At 9.5 thickness it neither a slim device nor it boasts of a narrow bezels. The 3,200mAh battery accounts for the good share of the 199 grams the phone weighs, though heavy it feels confident while holding it.  No complaints about it either and you will know why when I talk about the battery performance a little later.

The regular set of ports and buttons placements are here too with the power and volume rocker on the right, the audio jack on the top and the microUSB port on the bottom with a microphone adjacent to it. On the first half of the rear we have the 13-megapixel camera with the LED flash at the bottom we have the Mi branding and the speaker grille. In a whole, the phone is not very visually appealing but is more functional.

There are three capacitive buttons and unlike in Redmi 1S they come with a red back light here. Internally, the Note is powered by a MediaTek MT6592 octa-core processor clocked at 1.7GHz. A 2GB RAM, Mali-450MP4 and comes with a 8GB of internal storage which can be expanded up to 32GB via microSD card. The phone supports 3G connectivity, Wi-Fi, and Bluetooth 4.0 and there are host of sensors like Accelerometer, gyro, proximity, compass.\

Software:-
This is where the real differentiators of the Xiaomi devices are different from others. Though the Redmi Note runs on the Android 4.2 Jelly Bean we have had ever since moved to Kitkat and slowly now towards Lollipop, the secret about the success of the Redmi Note is the MIUI and in this case the version 5.o. Yes, there is MIUI 6 already and Hugo Barra has assured that Redmi Note will get Lollipop update with MIUI 6. Even now, the MIUI 5 does all the tricks for the Redmi Note.
It is very intuitive to use and the cream of the UI is the wide degree of customization it offers. Almost in every menu, you can stumble upon an interesting find. The MIUI does a good job at hiding or even forgetting the fact that it runs on Jelly Bean.

MIUI:-
In case you are new to MIUI you will be surprised to see the UI different in many ways than the stock Android and most likely the first one you will notice is the drawerless home screens similar to iOS. It means all your apps sits on the home screen.  There is lots to talk about MIUI but I will pick out some of the most prominent ones. Themes are a highlight of MIUI and the community generated themes are well integrated with the phone and completely transforms it. There are thousands of themes you can browse neatly listed and Mi has some India-specific themes too. Check out the Sachin theme and the Diwali theme. Xiaomi has promised more theme surprises for the Indian users. There is also a Lite Mode, which changes the UI with bigger app tiles with super sized icons especially good for visually impaired or elderly people with poor eye sight.

Even moving the apps between screens is a breeze. All you need is to tap and hold the app and swipe the screen to the required one.  Go to the settings and there are dozens of customization options and you can even change the capacitive buttons to suit your needs from the listed options.  The UI is very user friendly, intuitive and easy to go about and surprises now and then when you realize new tricks like tapping the home button right from the lock screen to enable the flash light or double tapping the lock screen to access the music controls right there without unlocking the home screen.

Camera:-
An affordable, budget phone doesn’t necessarily have to compromise on the camera room. Redmi Note is a standing proof. A 13-megapixel rear camera with 28mm wide-angle lens with LED flash delivers a good result in spite of lacking a built-in Optical Image Stabilization and back-side illumination sensor. Macro shots especially came out very well.  The image is rich in details. Surprisingly for all the tricks and options in the general UI, Xiaomi has kept the Camera app simple and clean. Few filters, HDR mode and Panaroma mode is what you get.

Performance:-
Redmi Note is a smooth operator. The MT6592 packs 8 Cortex A7 cores which can run simultaneously for the most demanding tasks like gaming or use just one core for lightweight tasks. In real world usage on Redmi Note it does work like a charm at ease. There is no trace of sluggishness I noticed even while playing heavy resource hungry games.  The call quality is good with crisp and clear sound. The 5.5 inch vivid display is ideal for gaming and movie experience.

The removable 3200mAh battery is yet another strong point of this phone, it easily sailed through more than a day. There are also power settings that let you configure performance to maximise your battery life.

These days I have noted increasing number of people asking if the particular phone heats up. The answer for Redmi Note is it doesn’t. Even the usual heat ring around the camera area that emanates while playing intensive games is very negligible on Note unlike many other device that churn a heat zone. Also a Quadrant benchmark tests results around 16,500 and AnTuTu score of 32350 puts the Redmi Note in good pedigree.

In short, a standout UI, good battery life and most importantly the Redmi Note doesn’t burn a hole in your pocket and still delivers  a near flagship performance at a fraction of the cost. If I have to really pull out a negative rant, it would be the slightly bulky body the Redmi Note comes with if you are used to the chiseled, svelte look many phones flaunts these days. On the other hand, Redmi Note is a performer that is worth all the bucks and easily the interesting phone in this price point this year. Then there is also a 4G variant with a different SoC, we will review it shortly.
Author Vinay Kashyap On January 09, 2015
Labels: Reviews, technology