Last weekend, I went to one of my favorite films Star-Trek Into The darkness at only The IMAX Screen in Bangalore at the PVR Cinemas in The Fourm Bangalore,  this was my first experience at the IMAX. And it din’t disappoint me one bit. 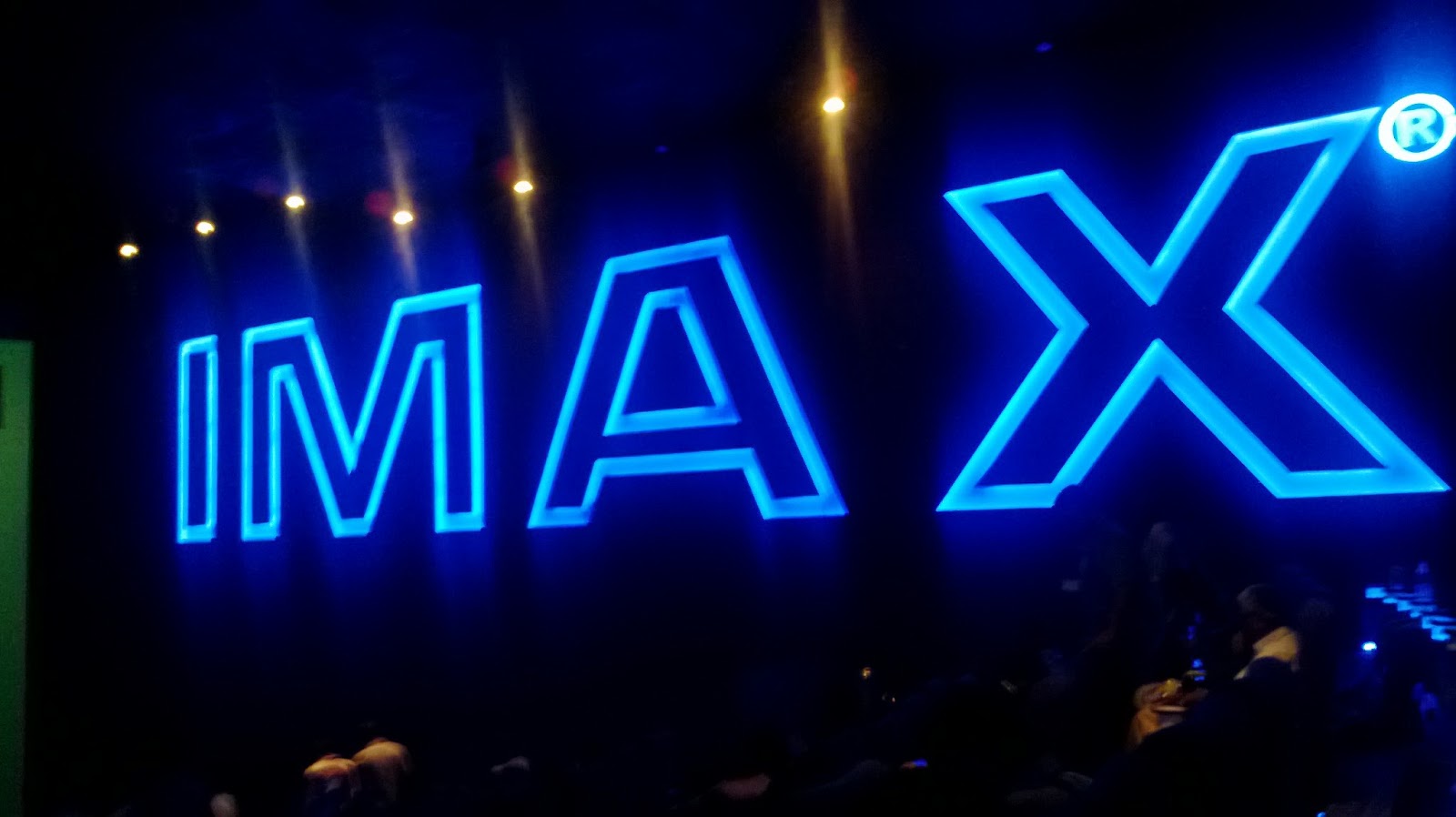 After I came back home I did a small research on what makes the experience of watching a film IMAX the best experience. IMAX is headquartered in New York, Toronto and Los Angeles, with offices in London, Tokyo, Shanghai and Beijing.  As of June 30, 2012, there were 663 IMAX theatres (529 commercial multiplex, 20 commercial destination and 114 institutional) in 52 countries.
Here are the few things I understood about the whole IMAX technology.
IMAX’s digital projection system delivers The IMAX Experience and helps drive profitability for studios, exhibitors and IMAX theatres by eliminating the need for film prints, increasing program flexibility and ultimately increasing the number of movies shown on IMAX screens. The system can run both IMAX and IMAX® 3D presentations.

To get the best picture quality IMAX plays the content on two projection systems simultaneously. The screen itself is a high gain screen with optimum brightness level. Furthermore the main features of IMAX are:-
Ø  DIGITAL RE-MASTERING (DMR)
The content being shown in an IMAX theatre is significantly better than the content playing down the hall. The secret sauce in the IMAX mix is DMR – or Digital Re-mastering – a trans formative process we invented. This is IMAX’s proprietary method of turning an already powerful movie into a breathtaking IMAX blockbuster with unparalleled image and sound quality. This is often done after the film is shot, but leading directors are increasingly asking IMAX to join the movie making process from the very start. For a growing number of Hollywood movies, IMAX is part of the film’s DNA.

Ø  Projection
Oftentimes, an IMAX movie is conceived as an IMAX movie – with the filmmaker working with IMAX to decide for example, which parts, should be shot with an IMAX camera, what kinds of techniques make the most of the IMAX screen, sound and theatre, and how the drama should unfold to take advantage of IMAX’s larger format, richer color, sheer scale and impact.

Ø  Sound
A surprisingly large part of the IMAX experience is the sound.  That’s what makes an IMAX movie visceral. You don’t just see an IMAX film, you feel it in your bones.
One reason is the sheer power of the custom, patented speaker system in an IMAX theatre. Another is the wider frequency response – which means higher highs and lows so low they’re as much vibrations as sounds. It’s also important to understand that what makes great sound so elusive is the fact that sounds is altered by the listening environment and the medium used to deliver it. Simply stated, sound is affected by the room in which the listener sits as well as the quality of the source of the sound. IMAX has patents on theatre geometry that can control these variables - the shape, angles and dimensions are specific to IMAX.

Ø  Theatre Geometry The obvious difference in an IMAX theatre is the large screen – it literally spans from floor to ceiling and wall to wall. But that’s just the tip of the iceberg. In fact, the screen isn’t simply bigger, it’s also shaped differently – not only wider but higher and curved, as well– which creates an immersive experience no matter where you’re seated.  The very material of the screen is also different, more reflective and brighter.
Then there’s what we call the theatre geometry, which refers to the shape of the auditorium and how the seats are placed.
Most movie auditoriums are long and narrow, to get the most people in, with the screen way off at the far end.  The distinctive shape of an IMAX theatre is designed to bring the audience not only closer to the screen, but better-positioned in relation to it.  The result is an image that’s wider and higher than your field of view; a picture that’s immersive because you’re not aware of where it ends.  And that, in turn, is what gives you the feeling you’re part of the action, out among the stars, not just peeking into a scene.

The IMAX theatre at PVR Forum has been exclusively customised with an aim to provide a comfortable sitting and immersive viewing experience for the audiences. The theatre will not only have ceiling to floor and wall to wall screens but also a 5.1 channel state of the art surround sound.
The result of which is a full panoramic view that fills your peripheral vision more than any other cinematic experience and gives you the feeling you’re part of the action. 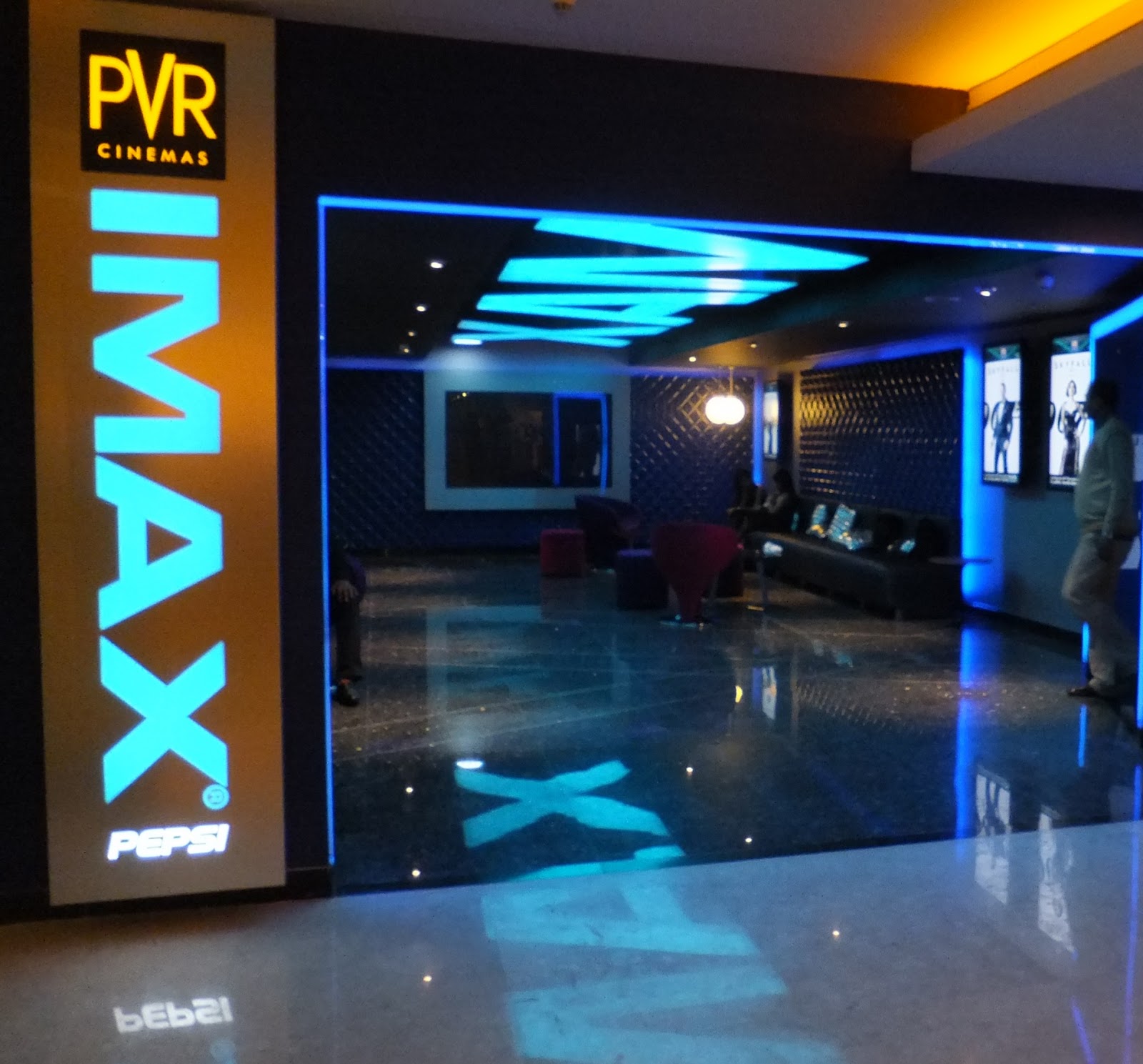 The astounding interiors of PVR IMAX theatre will add further charisma to one’s experience with blue coloured carpet, seat fabric and wall panels that are truly in sync with the image of PVR and IMAX respectively. PVR promises yet another spectacular look inside the theatre which has been refurbished in a new sleek look. The box office and everywhere else in the property there are large LCD screens to create a dynamic experience for the patrons. The Box Office has a red glass fascia with a movie artwork created by compiling the famous dialogues from epic movies of yesteryear's.

Coming to the Film now:-
When catastrophe reunites the crew members for one more mission, we find the rest of them suffering growing pains as well. Spock, who’s hardly on speaking terms with Kirk after the Nibiru caper, endures a puppy-love spat with Communications Officer Uhura (Zoe Saldana). Engineer Scotty (Simon Pegg) has a tiff with Kirk and decides to sit this voyage out, though he’ll prove useful later. That leaves Ensign Chekov (Anton Yelchin) to keep the Enterprise from exploding mid flight. 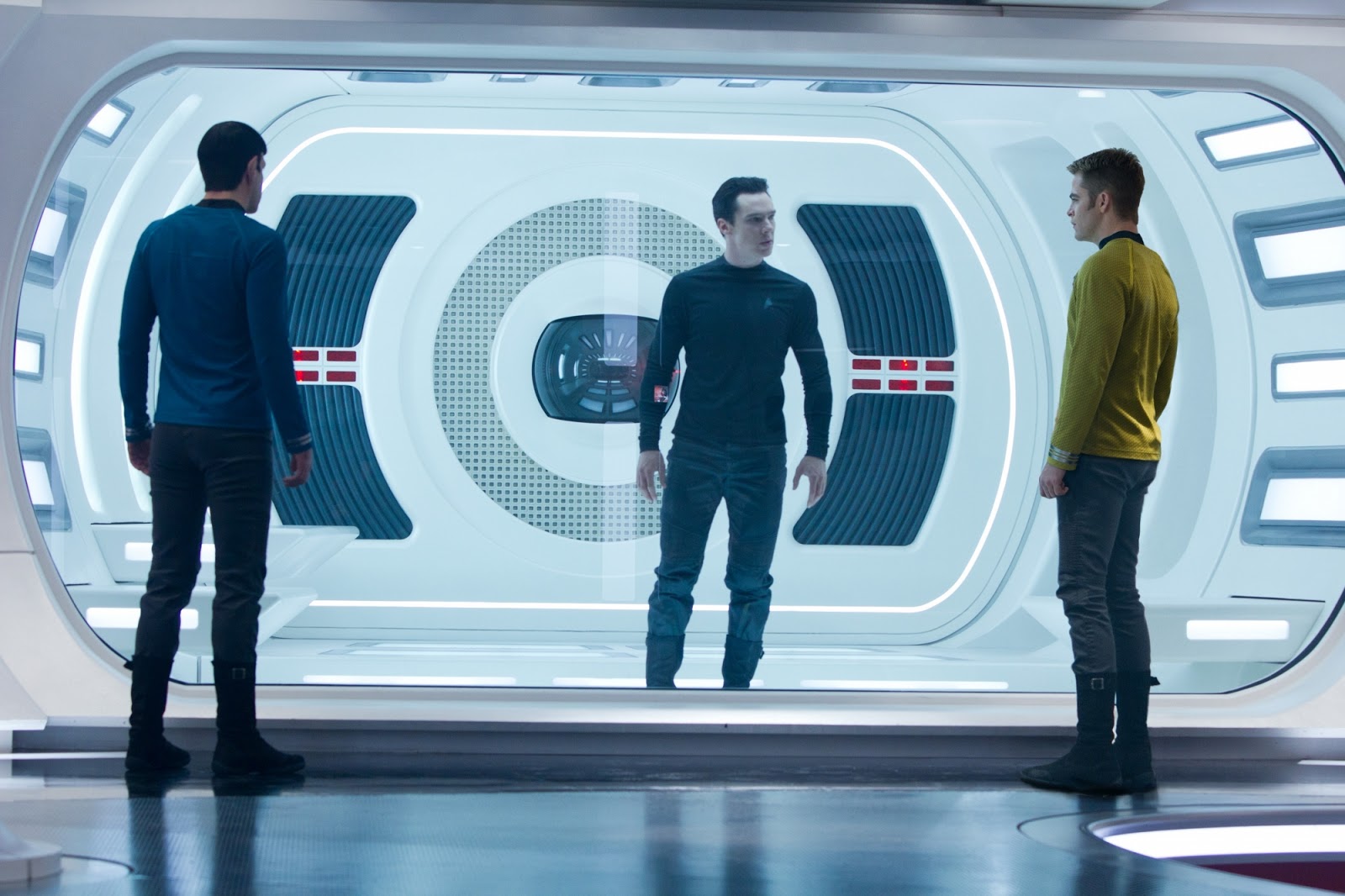 Visually the film is glorious, with director of photography Dan Mindel and production designer Scott Chambliss returning for a second round. The Apple Store look of the Enterprise’s bridge contrasts with the primary colors of the costumes, and Harrison’s all-black ensemble frames him as the classic Western villain. Futuristic San Francisco is a particular standout: part familiar terrain, part Utopian dream. The film was partially shot in IMAX cameras.. Go watch it if you have not..