California Pizza Kitchen (CPK) has unique festival and carnivals often and brings out a new menu for the occasion. This time, as it is october and keeping in the spirit of Octoberfest all around the world CPK has the International Pizza and Beer Carnival.

I was invited to be part of the tasting of the International Pizza and Beer carnival menu. The menu consisted of pizzas from 9 countries and beer from 6 countries which one can relish at their nearest CPK outlet.

I started my evening with a Mango mist ecstasy which contained some mango juice, mint leaves, lemon topped with soda, a refreshing drink after a long ride to the outlet in Indiranagar. I later moved on to Pineapple twister which contained pineapple juice, pineapple, mint, lemon and tonic water. 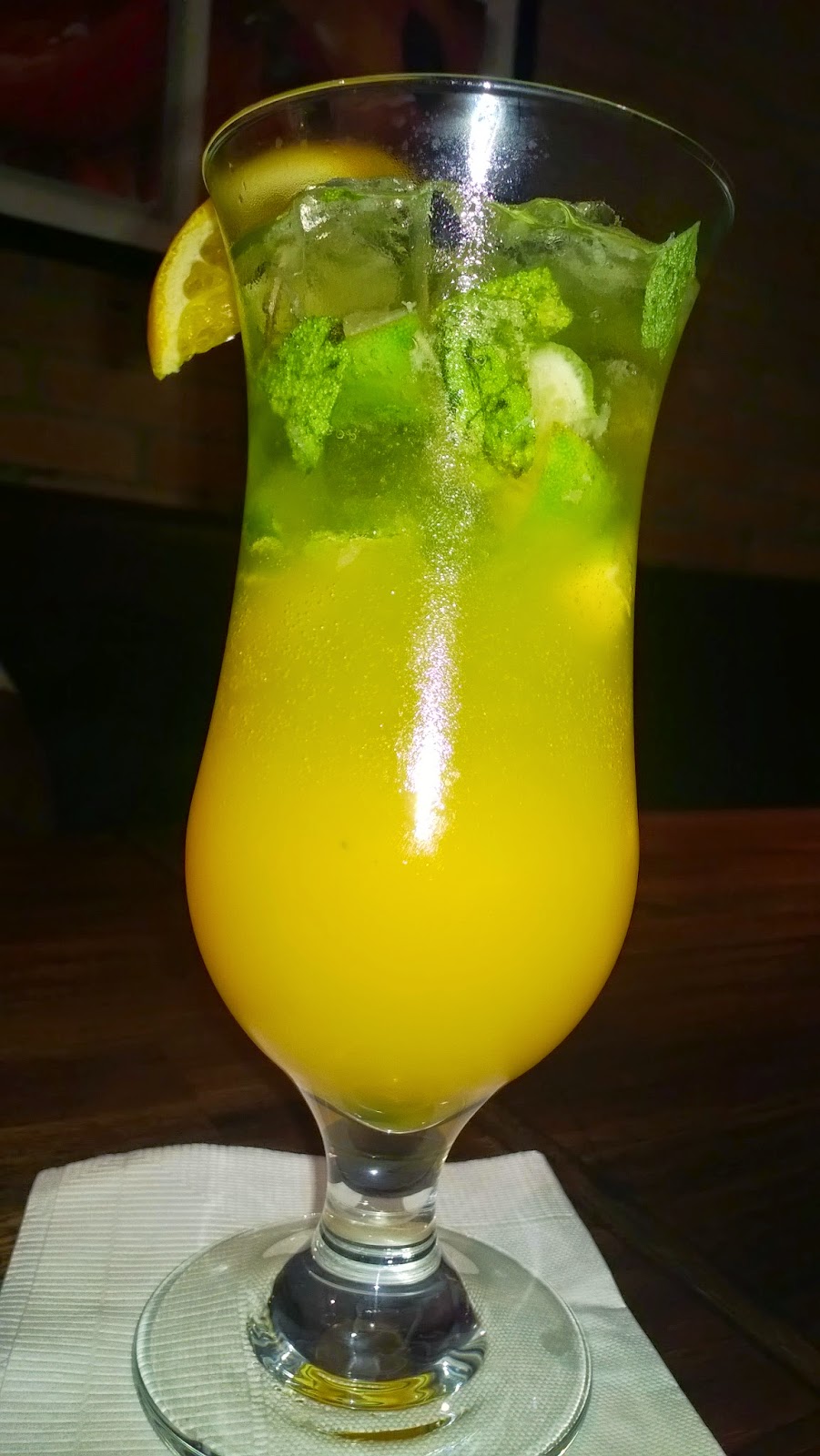 The first pizza which was served  came was Cheeseburger pizza from the USA, a regular crust topped with their homemade sauce, sliced gherkins (pickled cucumber), mozzarella and cheddar cheese with some chunky chicken burger with caramelized onions and crushed black pepper seated on top of the pizza. Hot pizza with cold chicken burger salad was a perfect combination and the taste of the chicken. 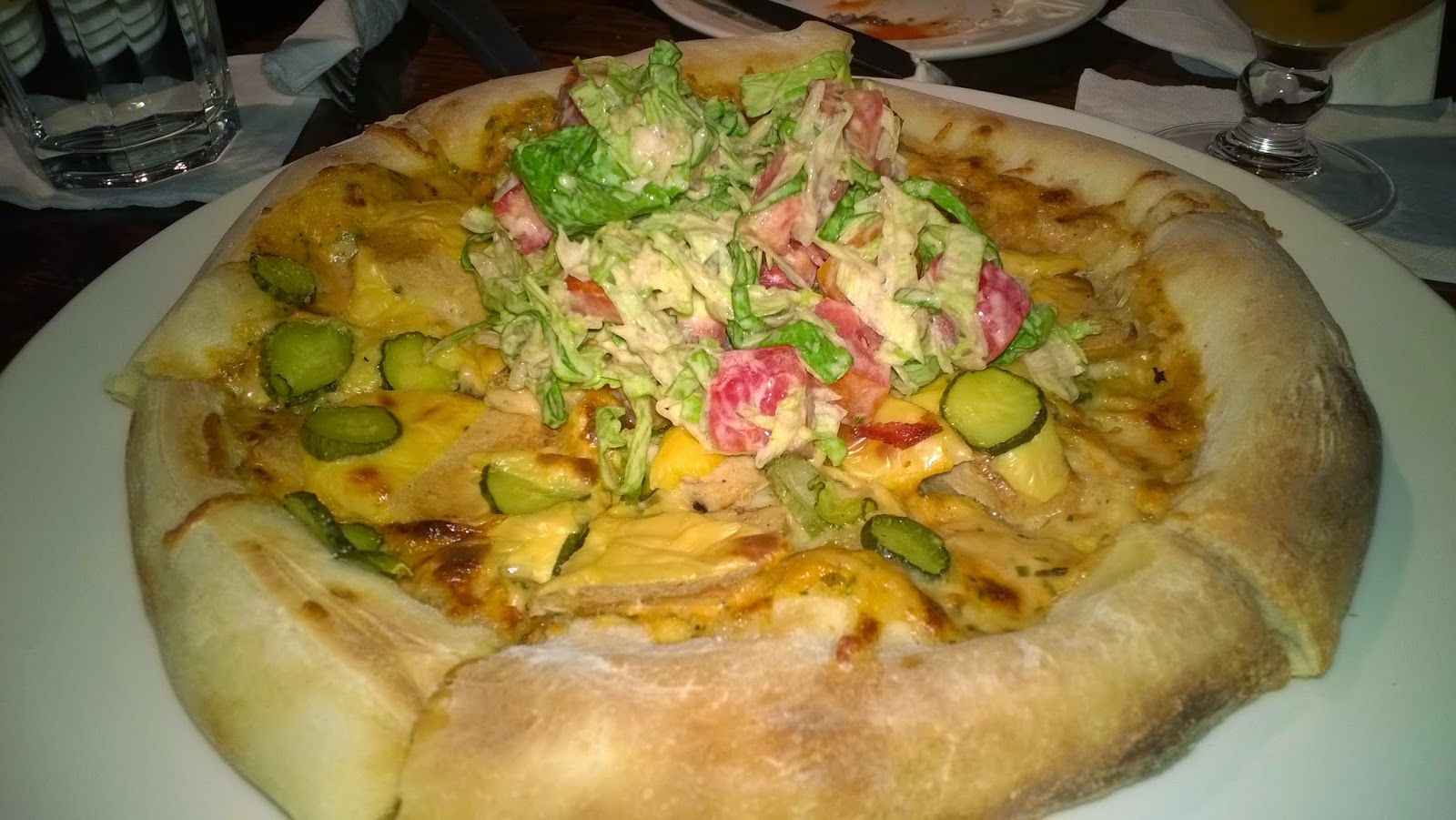 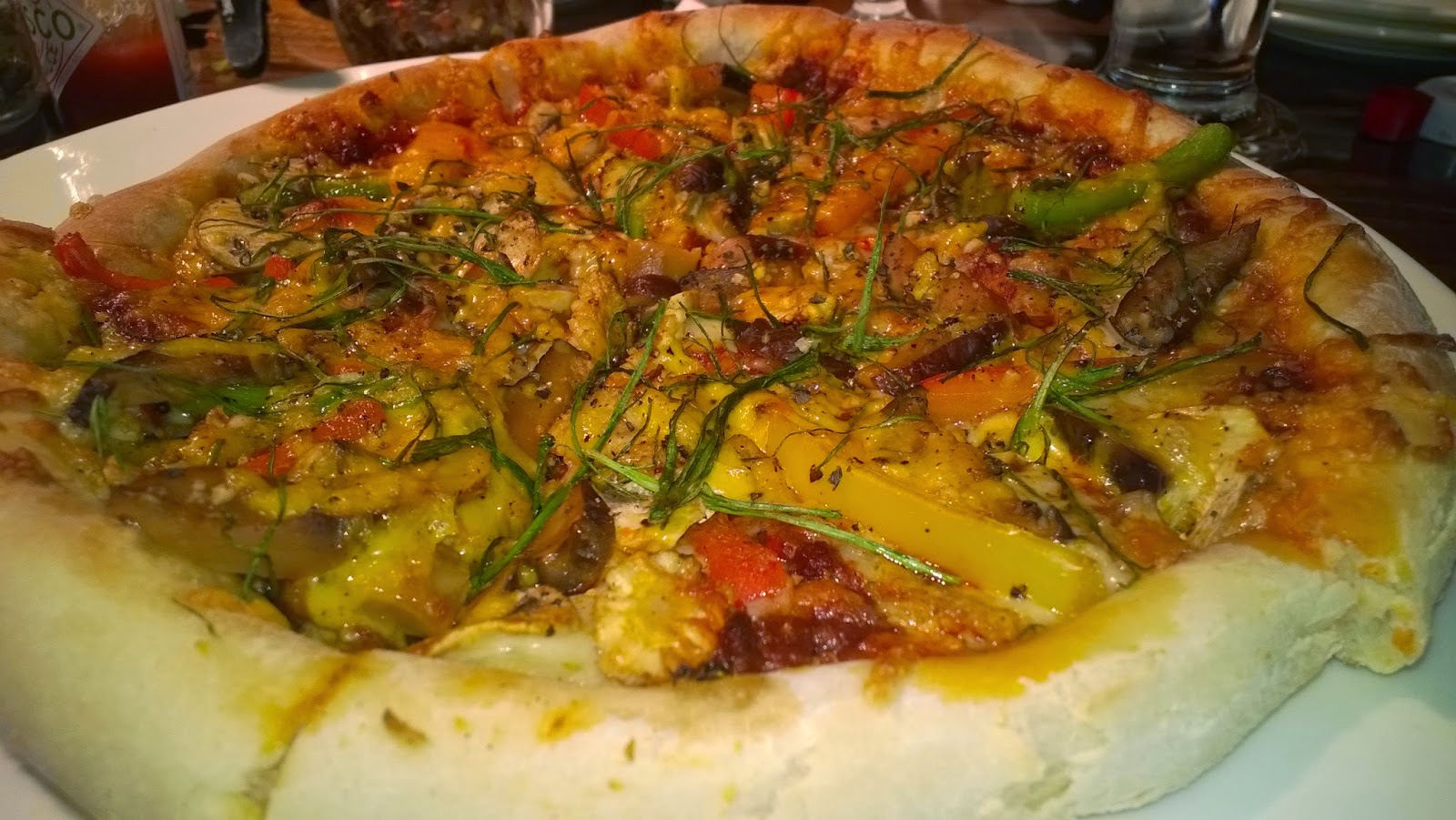 Next up was was Southwest Burrito Pizza from Mexico, A regular crust with spicy black bean sauce, grilled onions, cottage cheese, fire roasted chillis, mozzarella and cheddar cheese served with sour cream. A veg pizza and I was so excited and was impressed with the taste, perfect  for the Mexican taste it had promised. 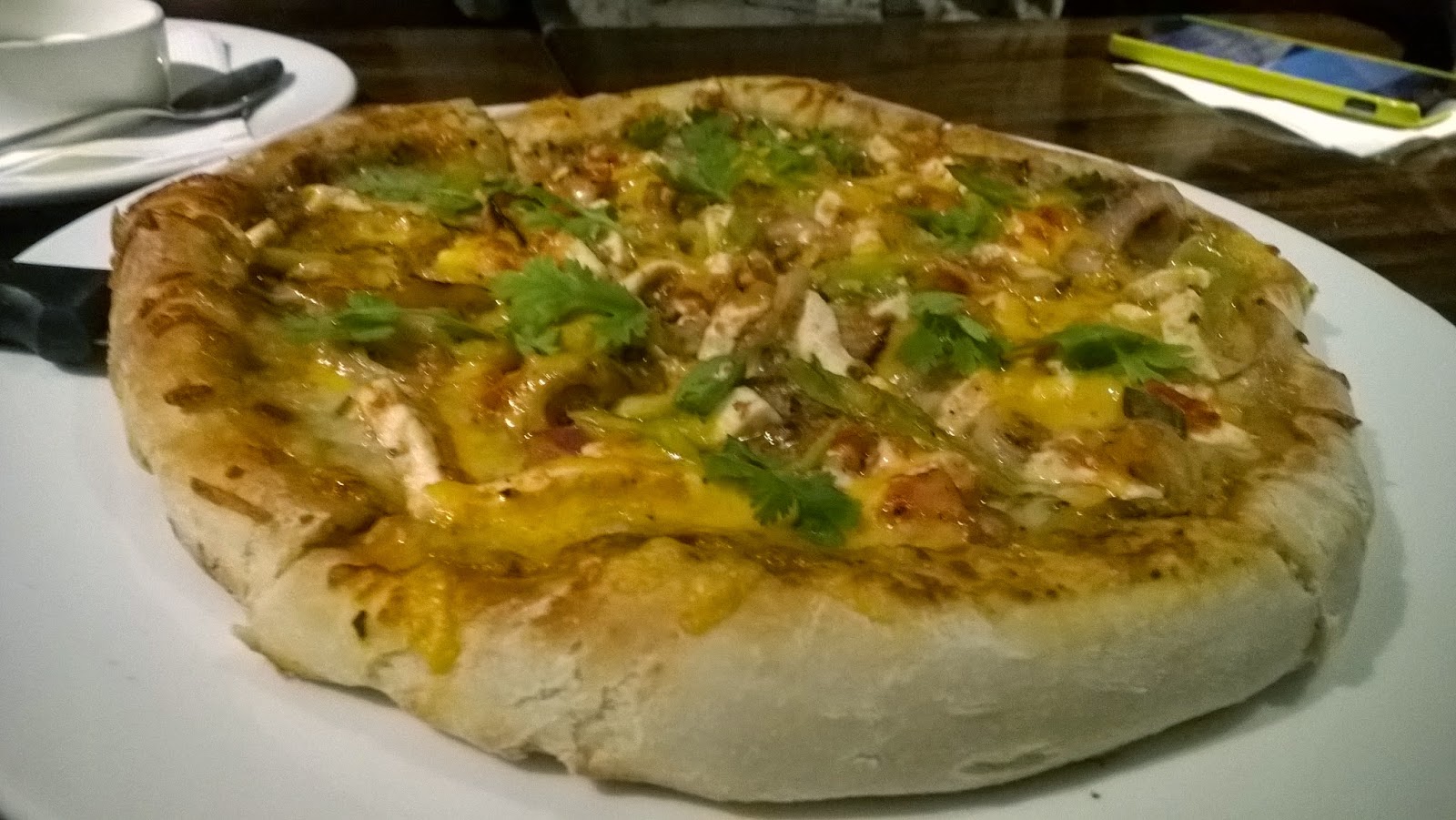 Beijing style veg pizza from China was served which contained soya and garlic flavored button mushrooms, baby corn, bell peppers and shiitake cooked over a fiery Schezwan sauce with mozzarella and cheddar cheese on a regular crust and garnished with scallions (green onions). The taste of scallions was evenly spread over the entire pizza. Veggies who enjoy scallions and mushroom should try this. This came as a surpize to me as I wasn’t expecting out a vegetarian pizza from China.

The Fish and Chips Pizza from United Kingdom is a thin crispy crust loaded with CPK tartare sauce, mozzarella, onion rings, fried fish and sprinkles of some capers with crispy spiced fried served resting atop on the crust and served with lime cream sauce. Those who are fond of fish and chips will like its new version. 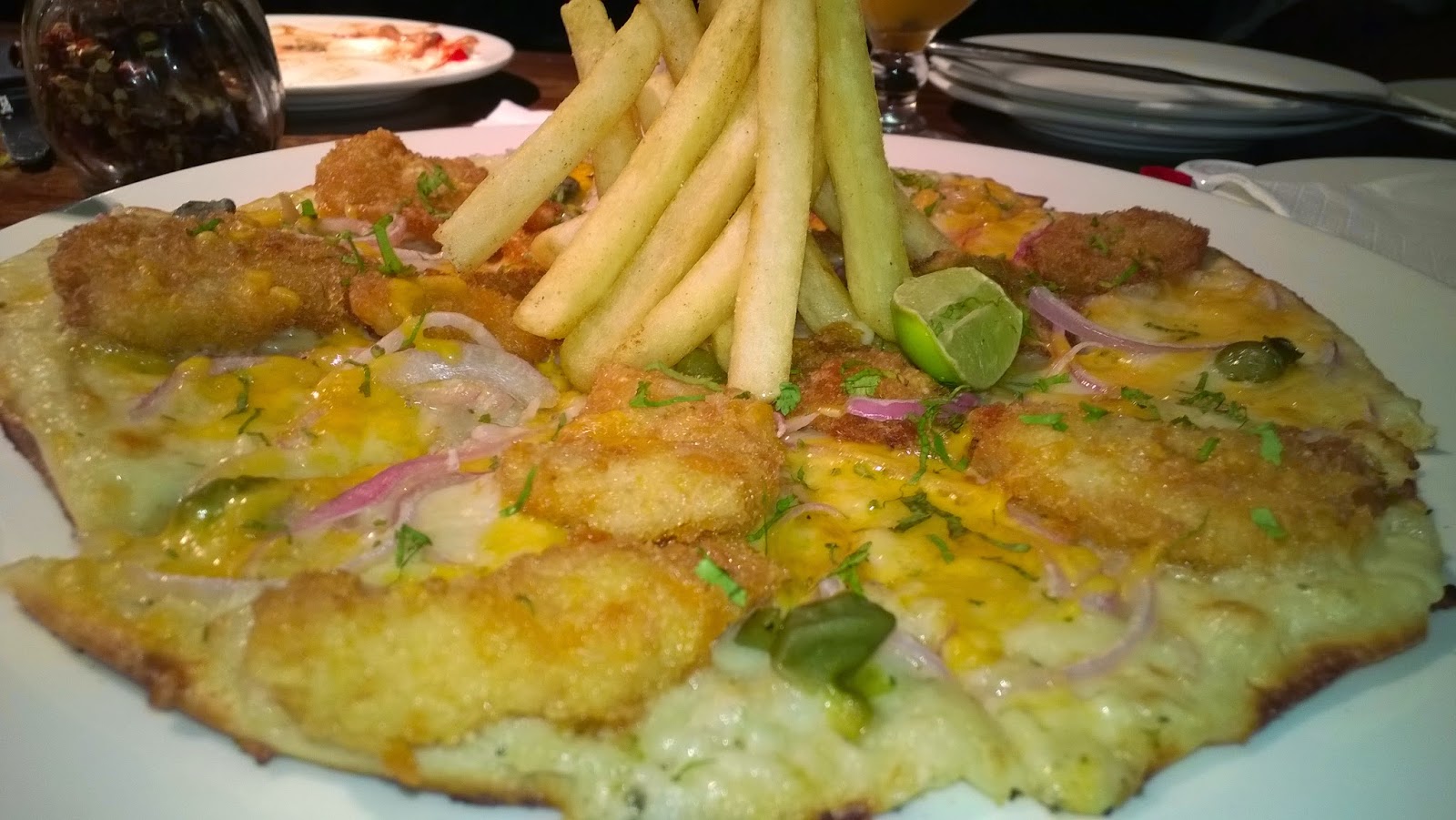 It was time for the best Pizza of the evening according to me The Kasundi Paneer Pizza from India. It was the best pizza had during the evening. A trio of cottage cheese, roasted pepper and tomato marinated in Indian spiced mustard sauce (Kasundi) topped with mozzarella and garnished with coriander on a thin crust. Every bite of the pizza made me crave for more. Surely would go back and have this again. 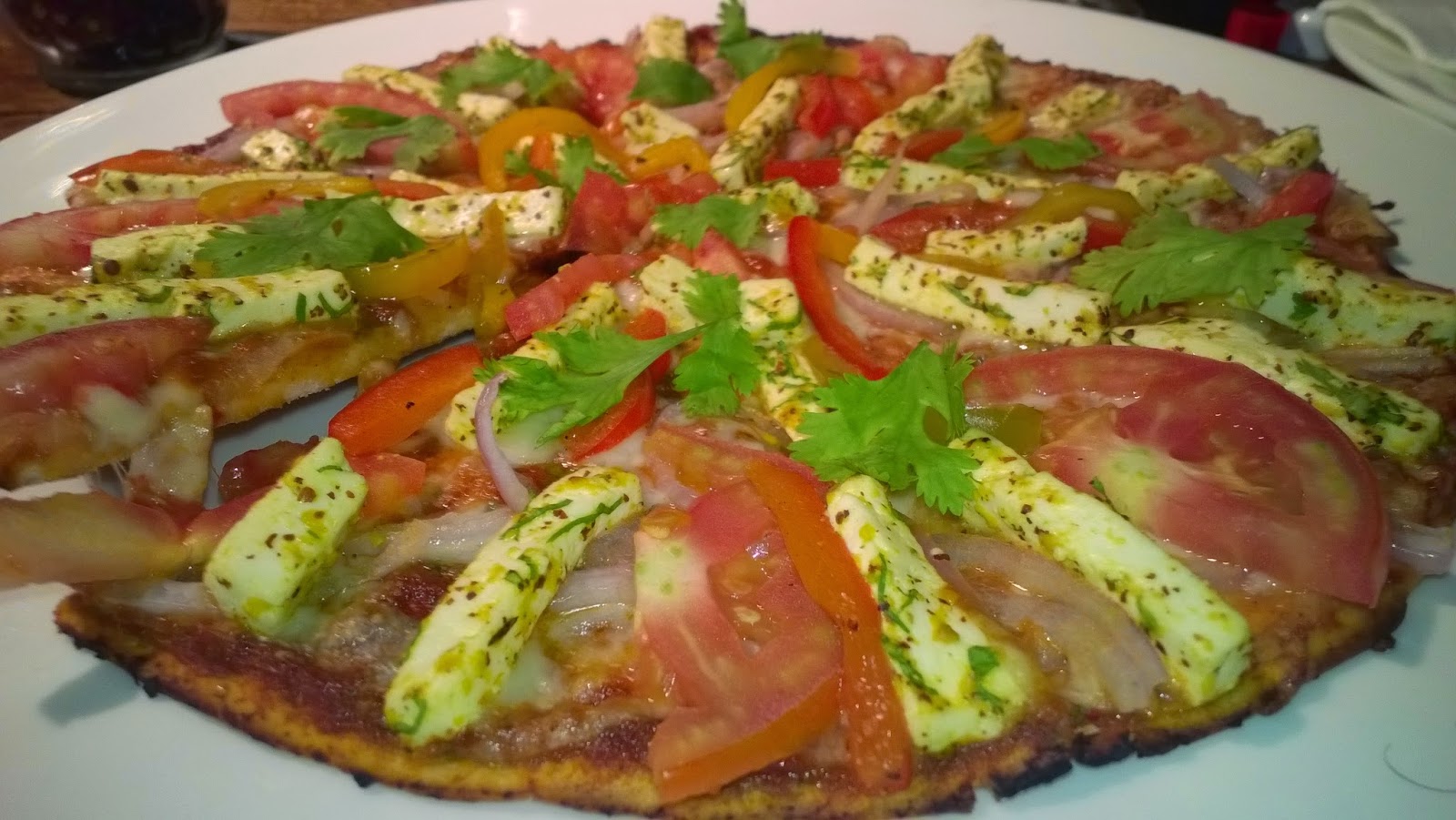 Next pizza was Capriciossa Pizza from Italy. A thin crust smothered with Italian pomodoro  and mozzarella cheese topped with artichoke hearts, kalamata olives and fresh sliced mushroom cooked with fresh mozzarella, grated parmesan and garnished with hand torn basil which left a strong taste on the entire pizza. This pizza needs to be had quickly before the crust become moist due to the cheese used on it. Also, the taste of artichoke hearts and basil is strong in every bite. 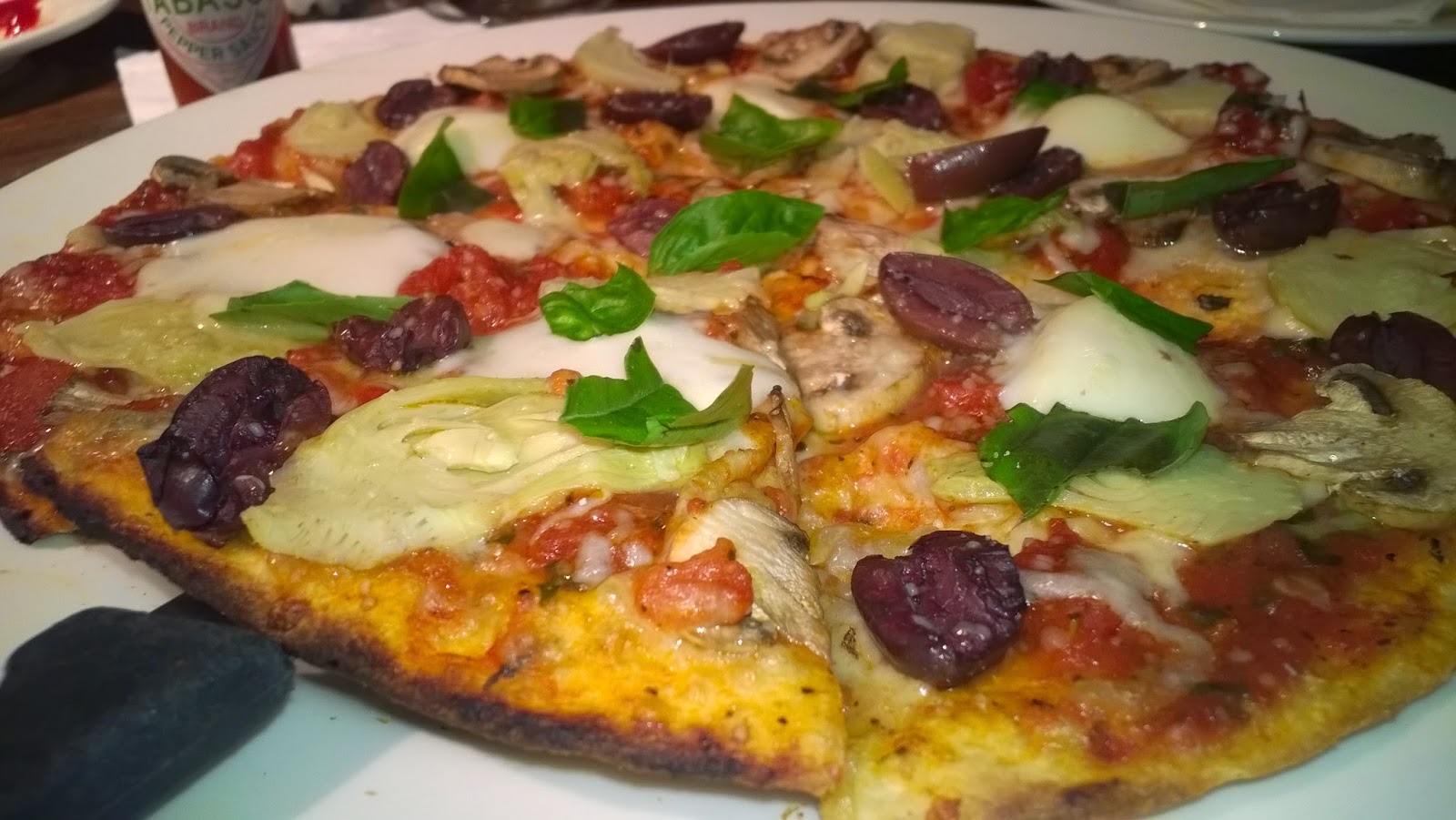 Sauerbraten Pizza from Germany was served. This pizza contained traditional sauerkraut (sour cabbage), shredded chicken, sliced onion, and mozzarella cheese on a regular crust baked to a crisp golden crust and topped with German potato salad. The taste was very sour due to sauerkraut and the potato salad dominated the taste of the entire pizza. 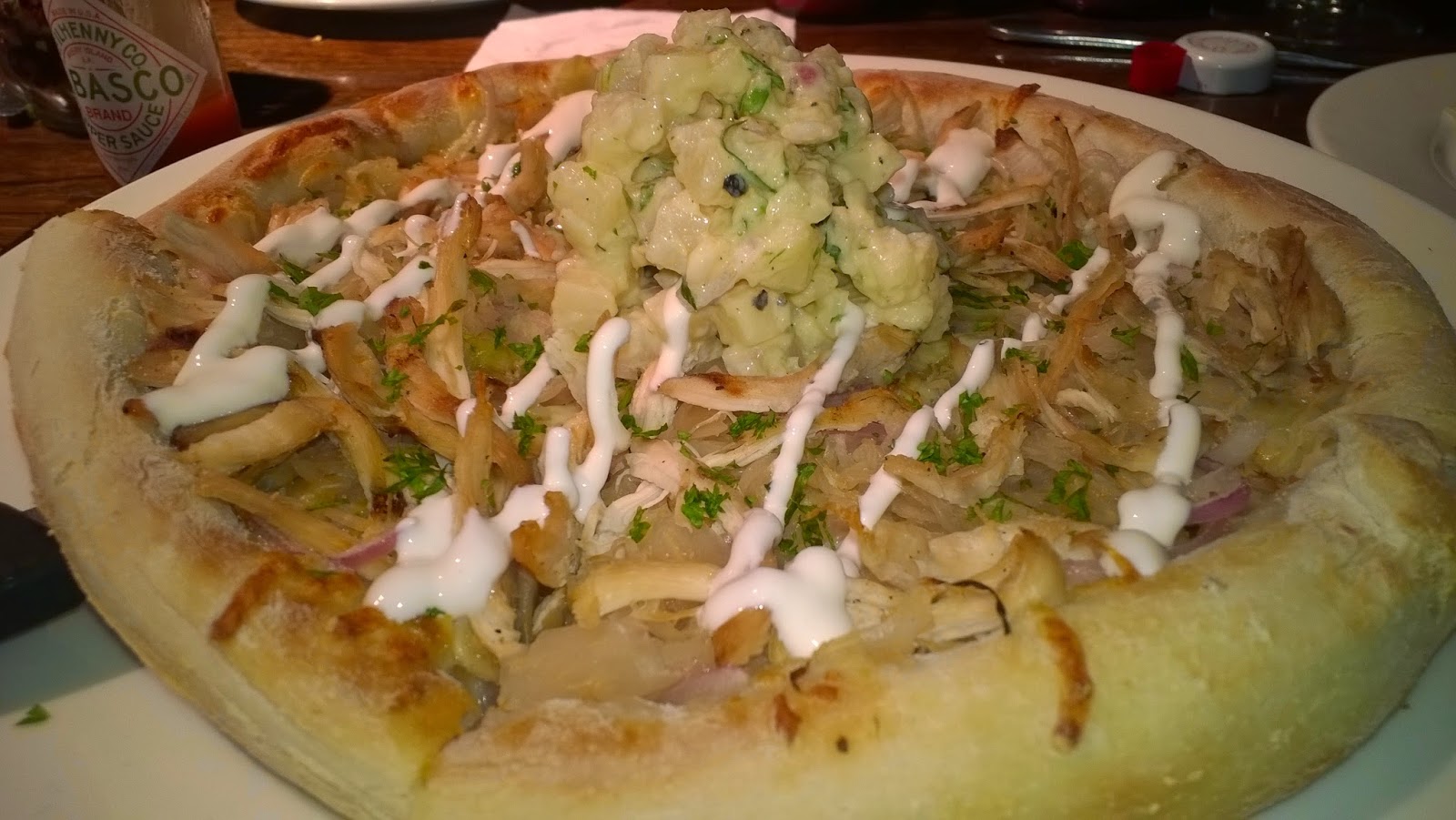 Rookwurst Pizza from Holland, traditional crust topped with marinara along with sliced onion, pork salami, smoky bratwurst sausage and hearty sprinkling of Dutch Gouda cheese and herbs. I must mention that this pizza contains pork. 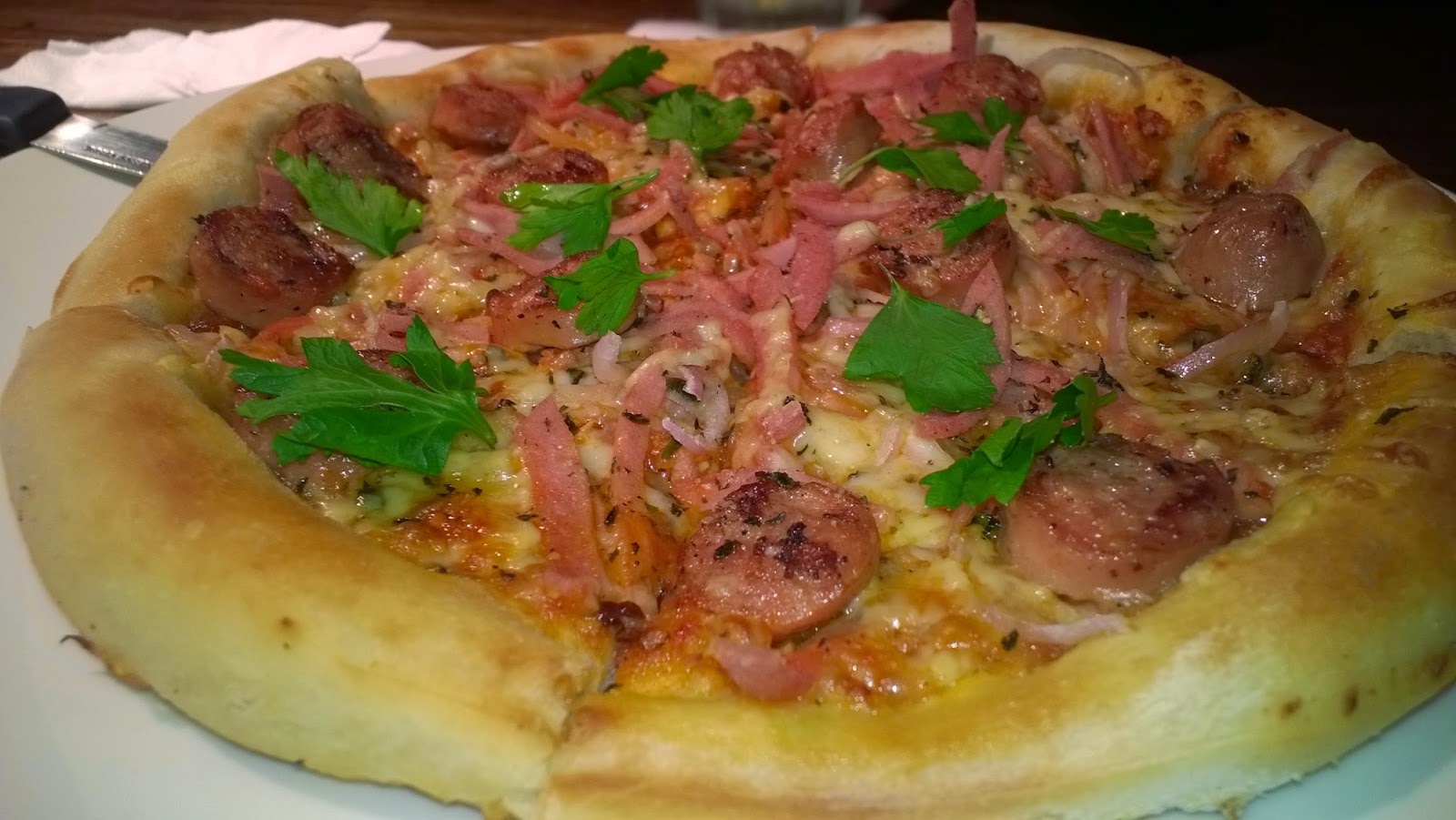 This was by far the best Pizza festival hosted California Pizza Kitchen Love the variety of Veg Pizzas each of the veg pizzas were great perfect combination with the beer!!